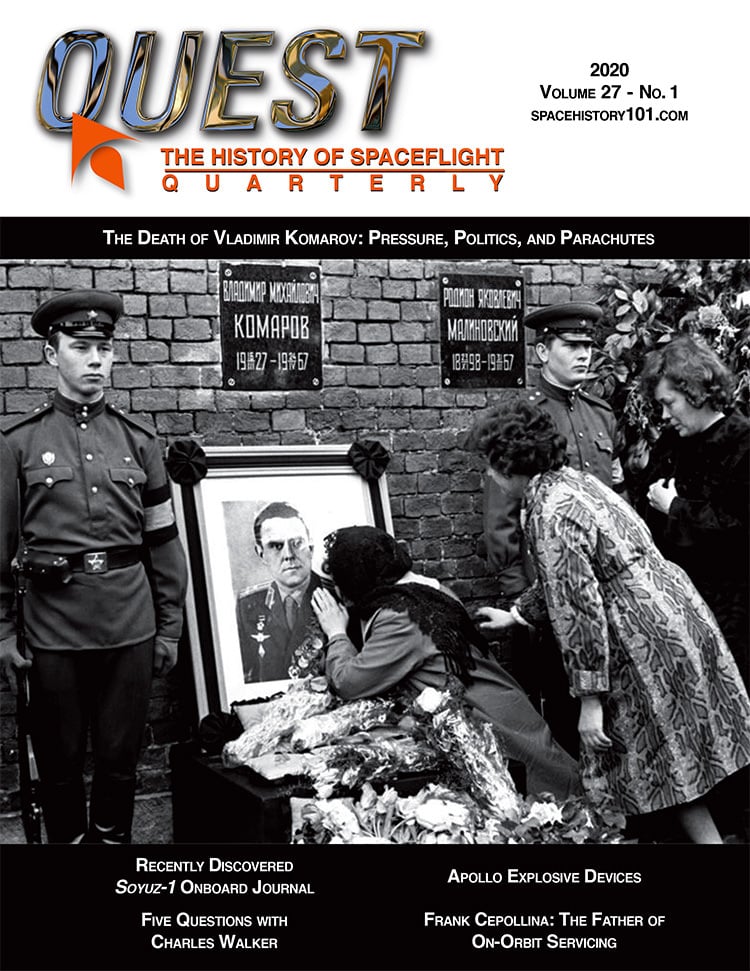 The Death of Vladimir Komarov: Pressure, Politics, and Parachutes

“The Death of Vladimir Komarov: Pressure, Politics, and Parachutes” by

In the history of Soviet space exploration, there are a few stories that attract the attention of conspiracy theorists. One of them is the tragic flight of Vladimir Komarov in 1967. In April 1967, the Soviets had launched Komarov on the very first mission of the Soyuz spacecraft. A day later, the cosmonaut was killed after his space capsule plummeted to Earth and crashed in Soviet Central Asia. It was the first fatality of a spacefarer during a space mission. As soon as Komarov’s death was announced, rumors spread.  At a November 2018 auction, the publisher of Quest: The History of Spaceflight Quarterly found a 16-page document that is essentially a real-time compilation of the data on the mission prepared and signed by the shift directors of the Soviet version of “mission control.”  It was declassified only in 2019 and it refutes the urban legends and myths surrounding this story.  In this article, noted historian Asif Siddiqi details the Soyuz 1 mission and the events surrounding the crash and the investigation.

Following the article, a scan of the original document (in Russian) is provided as printed in Quest.