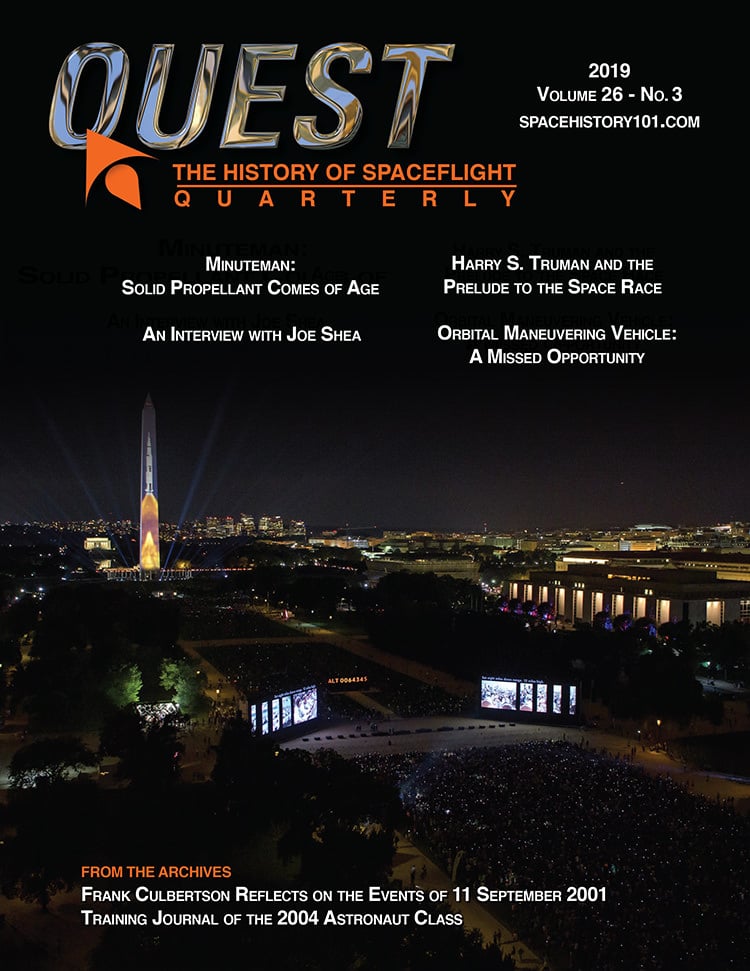 Purchase the print edition of Quest Volume 26 Issue #3. Free shipping in the USA.

“Harry S. Truman and the Prelude to the Space Race” by Christopher Gainor
“Minuteman: Solid Propellant Comes of Age” by David K. Stumpf
” What If? The Orbital Maneuvering Vehicle: A Missed Opportunity” by James Vedda
“An Interview with Joseph ‘Joe’ Shea” by Michelle Kelly
Frank Culbertson Reflects on the Events of 11 September 2001
The Training Journal of the 2004 Astronaut Class