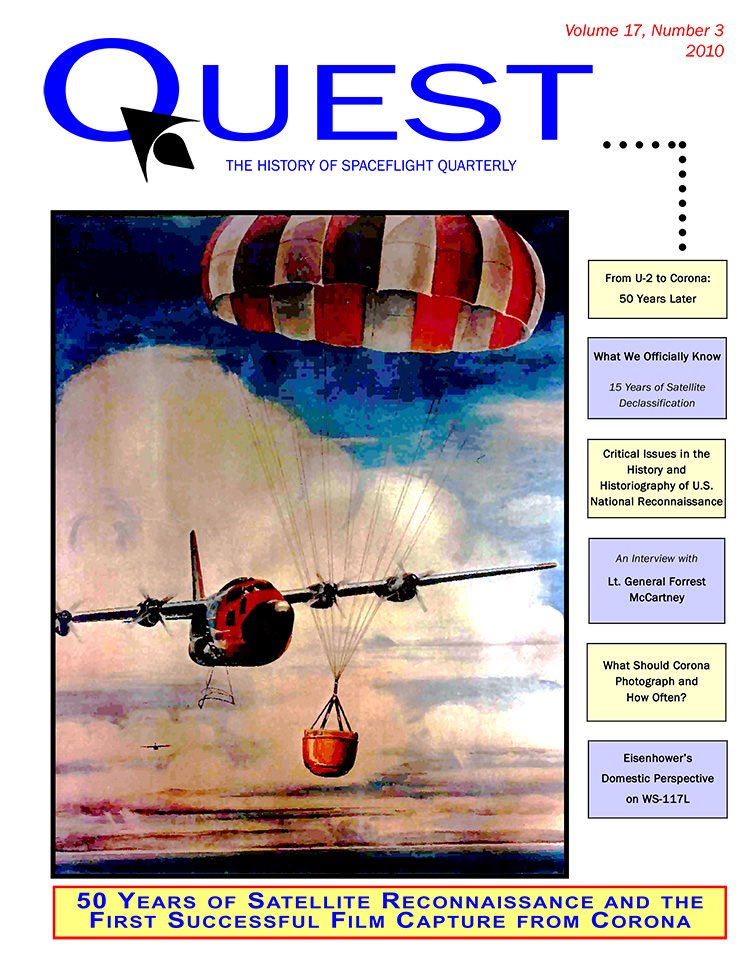 Purchase the print edition of Quest Volume 17 Issue #3. Free shipping in the USA.

“An Interview with LtGen. Forrest McCartney” by David Arnold
“From U-2 to Corona: 50 Years Later” by Francis Gary Powers Jr.
“What We Officially Know: 15 Years of Satellite Declassification” by Jeffery Charlston, NRO
“Critical Issues in the History and Histiography of U.S. National Reconnaissance” by David Waltrop, NRO
“What Should Corona Photograph and How Often?” by James David
“Eisenhower’s Domestic Perspective on WS-117” by Robert Dienesch