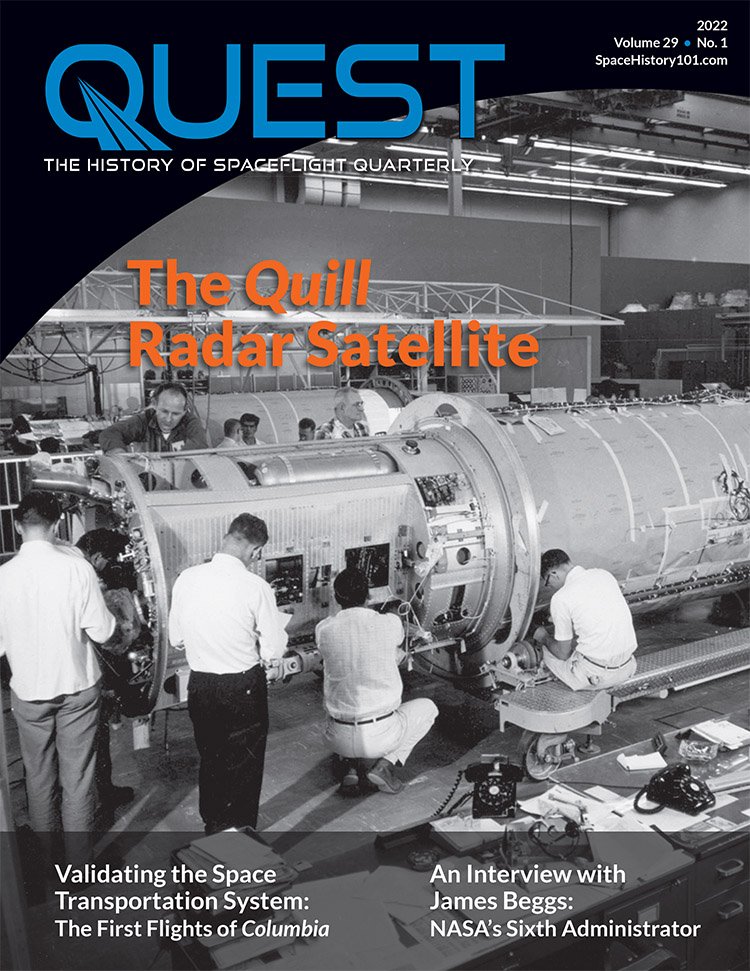 In the early 1980s, the National Aeronautics and Space Administration began flying the Space Shuttle, and it won approval from President Ronald Reagan and Congress to begin the space station program that became the International Space Station. During most of that time, its Administrator was James M. Beggs, who previously had managed aerospace and transportation programs in government and the private sector.

Beggs became NASA’s sixth Administrator on 10 July 1981, shortly after the Shuttle’s first flight, and he worked to bring the Shuttle into operational status. He also sought to realize NASA’s longtime aspiration for a continuously operational space station, and his efforts paid off when President Reagan gave his support for the station in his State of the Union Address on 25 January, 1984. At a time when Shuttle operations were ramping up, Beggs took an indefinite leave of absence from NASA on 8 December 1985, when he was indicted by the Justice Department for contract fraud relating to his work in the corporate sector before he became Administrator. The indictment was later dismissed, and the Attorney General of the United States apologized to Beggs. He had resigned as Administrator in February 1986 in the wake of the Challenger disaster while he was on leave.

This oral history was conducted at his home in Bethesda on 7 March 2002 as part of the NASA Headquarters Oral History Project. It has been edited for content and length.